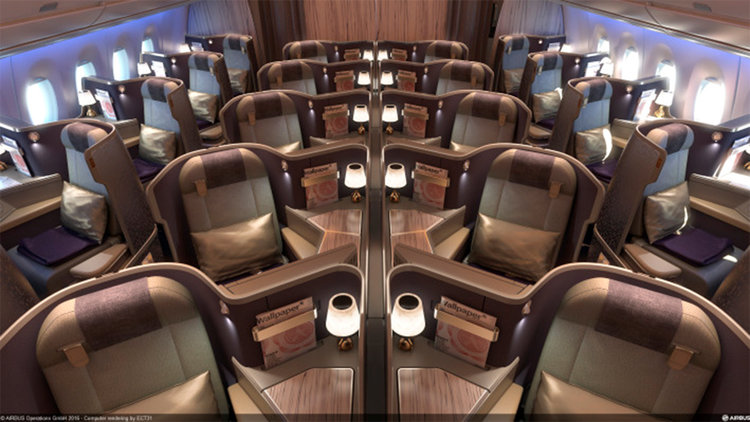 There are currently some awesome Business Class airfares on sale to Los Angeles via Fiji. While we often see great fares with Fiji Airways to the USA, it’s a little bit different this time.

The first thing that’s a bit different at the moment is that, as of January 2020, Fiji Airways will be flying their brand new A350 aircraft between Sydney and Nadi as well as between Nadi and Los Angeles. This represents a huge upgrade to the hard product offered in business class, as they are fitting Super Diamond seats. This product has been used by several airlines including Qatar Airways and is fully flat in a 1-2-1 reverse herringbone configuration. So, much better than the current angle flat seats on their A330-200 aircraft and of course light years ahead of the recliners on their 737s.

The other thing that is different about the current fares is their construction. While we often see Qantas and American Airlines selling Nadi to LA flights at reasonable rates (on the Fiji Airways flights, just on AA or QF codeshares), at the moment Air New Zealand has by far the best fares. The flights are still operated by Fiji Airways but they’re booked onto NZ flight numbers.

While Fiji Airways will sell you a straight return ticket from Sydney to LA via Fiji, in business class the lowest airfare (for early next year) is $6162.00* including taxes. Counter-intuitively though, even if you keep all four flights on Fiji Airways flight numbers, an end-on-end construction (using Sydney to Nadi and a Nadi to LA return fares) can get that price down to $4711.00* including taxes.

The very best way to minimise the cost for the exact same flights, however, is to use a Fiji Airways airfare from Sydney to Nadi and then to use a separate Air New Zealand airfare from Nadi to Los Angeles. This gets the total price down to $4299.00* including taxes.

If you’re happy to do the short flights between Sydney and Nadi in the economy in both directions, while keeping the long flights between Fiji and LA in business class, this gets the price down as low as $3263.00* including taxes.

The other benefit of these airfares is, of course, the option of adding in a stopover in Fiji in either direction (or both!).

*All prices correct as of 19 June 2019, based on the lowest sale fare levels, which are subject to seasonality and availability.